Repeat After Me: We’re All Different. I’m not. 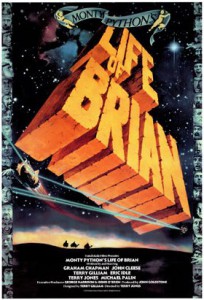 I was ahead of the curve and I blew it. Six months before Amanda Hocking and John Locke stunned the publishing world by selling millions of self-pubbed eBooks, I predicted this would happen. In fact, I’d hoped it would happen to me. I knew that there would be a small window when not too many authors would choose the less traditional route of indie-publishing. They would still be busy adding their manuscripts to the slush pile. I wanted to be one of the first through the indie-publishing gate. All those avid readers with their new Kindles would turn to my economically priced eBook and give it a try instead of paying ten bucks for a traditionally published book.

But six months is a long time in the heady world of e-publishing. During that time I indie-pubbed a few of my previously published short stories and fought to edit my way through my novel set in Afghanistan. But when the New York Times started writing articles about Hocking and Locke, I knew I was far too late to be ahead of the curve. Now I’m riding out the tsunami.

Within a few months millions of indie-pubbed authors joined the rush, all out there flogging their novels almost overnight. But what fascinates me is how unoriginal we are with our marketing. I’m just as guilty as everyone else.

First we cobble together a website. Then we start a blog. Thanks for reading, by the way. Next are the Facebook and Twitter accounts. We join tweet groups and we follow each other. I’d say about 80% of my Twitter followers are writers, 5% are self-proclaimed “social marketing experts,” and the rest are spam bots. Some authors go the extra mile and make book trailers, although these usually consist of zooming and panning shots of stock images overwritten with text and playing the ubiquitous canned music. Dull.

I don’t even read my regular twitter feed any more because it’s so jammed with pleas to buy this author or that author’s novel. The rest of the feed consist of links to blog posts like this one. Yup. Mea Cupla.

I do have a list from Twitter for authors I admire. I also have a list for runners, and another for friends so that I can still use Twitter to keep up on neighborhood gossip. I don’t flog my novels on Twitter anymore out of respect for my friends and the fact that all those authors who follow me aren’t interested in buying books, they’re just interested in selling. One author even sent me a direct message asking me to “like” her Facebook page and promising to “like” mine in return. I did and sent her a tweet to let her know, but she didn’t “like” back. Hopefully it was an oversight, but I’m suspicious it was just self-centered. Anything that didn’t immediately forward her career wasn’t worth the bother.

So I feel like I’m at Brian’s sermon in Monty Python’s Life of Brian. He’s trying to get the crowd to go away and says, “Listen, you’re all individuals.” Like robots everyone replies, “We’re all individuals.” He continues, “You’re all different.” Crowd replies, “We’re all different.”  Then one man puts up his hand and says, “I’m not.” He proves he is different by denying it. Brilliant comedy. Thanks to Youtube, you can see for yourself. Here’s the one minute segment.

I want to be that guy who stands out by not doing exactly what everyone else is doing.  It won’t be easy. It won’t necessarily sell novels, but I have a plan. I can’t tell you what it is just yet, because it’s not ready to go, and I don’t want to find out that in the time it took me to launch, a hundred-thousand other authors are doing it too.

So for now I’m trying to stand out by doing not much of anything. I’m not tweeting pleas to buy my books, because it rarely resulted in sales and just irritated my friends. I will keep writing my blog, because I’m a compulsive writer, and of course I’ll keep writing the rest of the 1000 Souls series. That’s what my plan really needs: product. No point in being successful if all I have to offer is three of novels and an anthology of previously published short stories.

So I’m going to try to be different. It won’t be easy because the lure of the well-trodden path is tempting, but it’ll be interesting for me, at least. I’ll keep you posted.