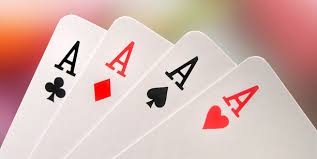 Amazon Caught Me Gaming the System

A funny thing happened to my royalties from Amazon after I put a few of my short stories on KDP Select. They went up. I didn’t pay much attention at first, but I always seemed to be making more than I expected each month. I knew people were borrowing my short stories through Kindle Unlimited, but it wasn’t until I scrutinized the royalty statements that I understood what was going on.

Amazon pays for each borrowed book out of its global fund, divided among all the borrowed books that were read beyond the ten percent mark. But Amazon’s fund doesn’t distinguish between short stories and novels. Your book is borrowed, you get your cut, usually around $1.80-$2.00.

But Amazon caught on to me and the thousands of others who had tumbled into this loophole, whether by accident like me or by design. Since July 01, 2015, the global fund pays based on the number of pages that a Kindle Unlimited client reads. So full length novels will still pay out at about $1.80, but my little short stories will probably only pay out about $0.35.

Obviously I enjoyed the ride while it lasted, and it was fun to see the monthly beer money trickling in just from my short stories, but in the long run I think it’s a fair change. A short story that took me a couple of weeks to write shouldn’t be earning the same amount as a novel that took someone a year to crank out. It’s just not fair.

So my royalty direct deposits will go down a bit, but whenever someone borrows one of my novels, I’ll be on the other side of that coin, and I’ll be very happy that some little short story isn’t earning as much as my novel.