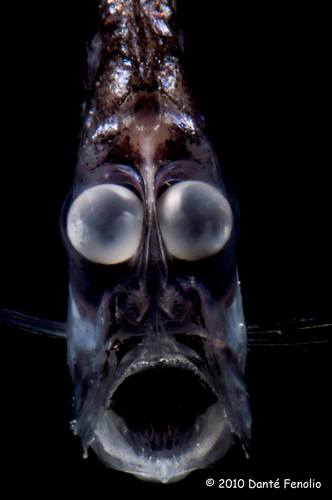 I saw the new Mad Max movie the other day, and while I really liked the movie, there were a couple of times when I thought about Plot Fail #4 according to author Therin Knite: The Plot That Never Slows Down. The relentless action of Mad Max did finally take a long deep breath before rushing back to an intense pace, which it sustained for pretty much the rest of the movie. 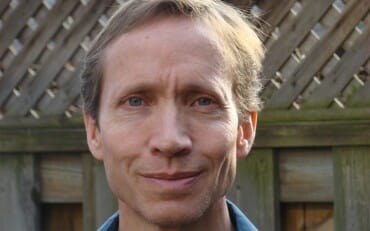 When Fiona Mcvie asked if I’d like to be interviewed for the blog, Author Interviews, I expected the usual round of questions, but I was in for a surprise. The interview forced me to think about how all this writing stuff began and why I can’t stop. It’s the first time I’ve ever considered what motivates and influences me. 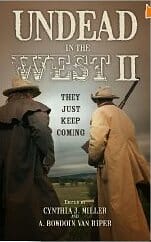 Today I received the biggest surprise of the year.

A day of machine guns and helicopters in a huge gravel pit during production of the TV show La Femme Nikita taught me a lot about people. I recalled that horrible, exciting day while I was running the Toronto Marathon this year.

Just when she thought she and mom were going home, the Redemption Brigade came for them. Margaret didn’t understand who they were at the time because she was only seven, and up until that day she had always assumed that all humans were friends, could never hurt one another or shoot one another. Only the rippers were evil. Only the night needed to be feared.

Blogging requires commitment, and all the experts warn me that abandoning a blog for a month or more is the kiss of death. Stupid experts. Okay, maybe they’re right, but last month I had to decide how long I was going to make my fans wait for book two of the 1000 Souls series. I was overdue, buried with work, and the kids were getting out of school for the summer.

Committed, or Should I Be Committed? 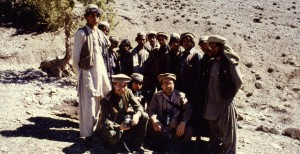 I’m the guy kneeling on the left

The second craziest thing I’ve done in my life is to sign up for the Ottawa Marathon, which will be my second marathon race in less than a month. But when I get an idea in my head, it’s like a worm that burrows deep into my brain, chewing up all common sense along the way.

The Great Blackout of 2003 came without warning.  I was clacking away at my keyboard just wearing shorts because the mercury was high, and when a bead of sweat ran down my temple I  decided it was air conditioner time. But before I could even stand to head for the thermostat, my screen went blank and everything went silent.  That quiet was the eeriest part–no freezer or fridge hummed, the ballasts on the florescent lights no longer buzzed in the background.  My house and my computer had abruptly died.

My first thought was to call my wife–who was off with the kids visiting my mom far out in the suburbs–to tell her not to rush home for dinner.  My cell phone couldn’t find a signal–weird since I live downtown.   That was my first clue that this was more than a local blackout.  The landline worked, but after a quick chat with my wife I discovered the blackout was at least city-wide.  Now I was starved for information, so I dug eight C cells out that miraculously had enough charge left to operate a radio and got the next big surprise: static.  There wasn’t a single FM channel in operation, but I finally found an AM sports channel that had a working back-up generator, and the radio guy had all the excitement of a sportscaster as he described a multi-state, international blackout.  The whole north-east and a chunk of central Canada were suddenly living like it was 1799, except with cars–no traffic lights, just cars.  That was the day I learned that an electrical grid is a fragile construction.

Which is why it gets on my nerves when an author of an apocalyptic novel doesn’t understand that.  I’ve been reading a lot of them lately, since I write apocalyptic fiction myself, and I’ve been shocked by the ignorance.  In Hollowland most of humanity has been overtaken by a zombie plague, but some surviving humans  pump gas at a station in the middle of the desert.  Uh?  Just what’s powering the pump at this gas station?  Not electricity that’s for sure.

In another novel, Selection Event, 98% of the planet’s population dies from a flu virus while our lead character, Martin, is underground for a year-long psychology experiment.  When Martin comes back to the surface he heads to his parents’ house to see if they survived, and when he gets there he rings the doorbell and it works.  What?  Everyone died two months ago but the electrical grid is still up?

I tried to suspend my disbelief because areas around Niagara Falls continued to have power during the 2003 blackout thanks to smart power workers who isolated their section of the grid.  The Niagara Falls hydro-electric generation plants provide very reliable power.

But in Selection Event Martin discovers from old newspapers that environmentalists had lived long enough to blow up all the dams in the west in order to let “the rivers run free.”

Now if environmentalists lived long enough for tooling around with dynamite, surely nuclear power plant technicians had a little warning too.  Despite the Simpsons’ negative portrayal of nuke plant workers, those people actually take their jobs very seriously.  If they knew they were all dying of a flu, at the very least they’d put the plants into a safe shutdown mode.  Ditto for power plants fired by coal, gas or oil, cause you sure as hell wouldn’t want the explosions that go with unmonitored fossil fuel plants.  High pressure steam pipes just can’t be left unattended, and if they are things will go wrong very quickly.  These plants aren’t like the Starship Enterprise, which seems to need a massive crew but can be operated just by Captain Kirk in a pinch.

Don’t get me started on solar and wind, because these incredibly variable sources of power are destabilizing for a grid, creating unexpected power surges and deficits as clouds and wind vary.  They can’t provide a base load, and if other power sources are gone one surge will trip breakers everywhere on the grid, and there’s no one to reset them.

Now if just knocking one power plant offline could bring down the entire eastern seaboard, image what knocking out dozens of dams, nuke plants, coal and gas plants would do?  Hydro is probably the one source of power that could conceivably (although not likely) carry on for a few days without human monitoring, but that would have to be a section of the grid that is not interconnected with the national grid, and in this case the environmentalists had done away with that option.

So if you’re writing an apocalyptic novel, keep in mind that the first thing to go will be the electrical grid, and it will be gone in a matter of hours without human monitoring.  Once the power is gone the refineries shut down, so then you gradually lose the gasoline, and well, then it’s back to 1799, only with better guns.

To Blog or to Write: That is the Question

All the great success stories on Amazon–from Amanda Hocking to John Locke–have one thing in common: multiple books.  Joe Konrath says that writing multiple books is the most important thing a writer can do to advance her/his career.  John Locke also warns that there is nothing more frustrating than to have a product’s sales take off and not have anything else for an interested customer to purchase.  In the case of novels, it means that mountain you’ve climbed to promote one novel will have to be scaled again a year later for the next novel.

So I have to examine whether blogging, twittering and promoting is time well spent when I only have one novel and one anthology (in very different genres) up for sale.  What if I get lucky and people start buying Vampire Road in big numbers rather than the steady trickle of sales I get right now?  They might be ready to read more, and if there is nothing to buy until next year, they might forget my characters and move on to something else.

Time pressures are different for everyone.  I write quickly, but I can’t write a book in fifteen days like Amanda Hocking.  My kids eat up a lot of time in the evenings and on weekends, and I’m not going to short change them.  That’s a choice I’ve made.  But if I’m to finish The Book of Bertrand by mid-October and get it off to my editor, something has to give.

So I haven’t been blogging or twittering for the last couple of weeks, but I have been writing.  It’s been fun.  My editor and a couple of reviewers want to know more of the back story to Vampire Road, and The Book of Bertrand delivers.  The progression from computer nerd to saint is a torturous path with euphoric highs, desperate action and unintended consequences that will reverberate down the century to Vampire Road.

But I’m not stopping there.  There are four novels in this series, and I’m going to try and get as many of them up in the next few months as possible.  It’s a lot of work, but I believe the best thing I can do to promote Vampire Road is to have all the other novels in the series available for purchase.

I like blogging though, so I will try to post quick notes on Fridays, but I won’t be posting three of four times a week.  I’ve had to decide whether I’m a blogger or a writer, and novels are my preferred form of expression.

So I’m logging off to write, but I will keep you posted.  See you next Friday.

My Editor has My Other Baby

Fogel and I have been debating how e-books will affect freelance editors.  I’m guessing that people who want to indie e-publish will be swamping freelancers’ in-boxes with edit requests.  Fogel argues that freelance cover artists will get a lot of business, but freelance editors won’t.  She says:

“Most self-published e-books will fall into the same categories paper books do. There’ll be the professional writers who rerelease books that are out of print, and haven’t the rights to the original cover, or hated it. Then there’ll be the rank amateurs who have no business calling themselves writers and self-publish because no legitimate publisher will take them on. The former don’t need editors because the book’s finished; the latter won’t use them because they think they can write, but know they can’t draw.”

I’m sure some indie authors will fall into the Howett category, writers who simply can’t believe they need a substantive editor let alone a copy editor.  But Joe Konrath keeps pointing out that indie writers need two things: a good editor and a good cover artist.  I’m not the only indie author reading his blog.

Perhaps it’s because I’ve gone through the editing process so many times with my short stories, but I can’t imagine publishing without an editor.  So I’ve sent Fogel my other baby, the vampire novel, and I’ve got my fingers crossed that she won’t totally gut my heart out.

The good news is that she’s already read the first two chapters and written back that there are “no show-stoppers.”  From Fogel that’s high praise.

Fogel’s launched a website, but don’t hire her if you’re looking for the sort of praise you’d expect from a mother, cause you won’t be getting it.  You’ll be getting the unvarnished truth.  She doesn’t care about your feelings.  It’s why I chose her for my editor.