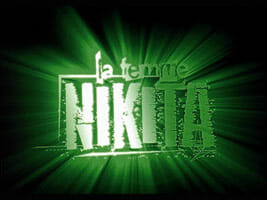 A day of machine guns and helicopters in a huge gravel pit during production of the TV show La Femme Nikita taught me a lot about people. I recalled that horrible, exciting day while I was running the Toronto Marathon this year.

A woman stood at the side of the course near the thirty kilometre mark, a lonely spectator in the wasteland that is the Western Beaches heading for the Humber River, a beautiful but empty stretch. Don’t get me wrong. I love running the Toronto Marathon, but when it comes to cheering crowds, it can’t compare to Boston.

This woman obviously knew the race, for she held up a sign to encourage runners that said, “It’s Hammer Time!” You don’t have to be a runner to decode that message: you’re 30 klicks in but you’ve got 12.2 klicks to go. This is the crushing part, the hammer time, when your legs move like they’re no longer under your command, because if they were they’d listen to your brain screaming at them to stop. Instead, they pound along the pavement as if they are the legs of a robot, a cyborg, willing to push on until they shred to pieces, the muscles cramping and tearing, the knees disintegrating.

A lot of crazy thoughts roll through your brain at this point–when you can think at all–and it occurred to me that this is where I am in my newest novel: hammer time.

Stuff goes wrong for people in my novels. Very. Grimly. Wrong. It’s not that I’m callous, it’s that people are most interesting when they’re stressed, when the sheen of civility slips off and you can see the real person underneath. Think about the craziest moment in your career and what you learned about your co-workers that day. I’ve worked under horrible conditions in both the construction industry and the film industry, challenged by cruel weather, impossible deadlines and crazed employers on the brink of nervous break downs themselves.

Like that day on Nikita with helicopters and machine guns in a gravel pit, the regular camera assistants away and my crew composed of dailies and newbies. It was a surprise to me who I could count on and who let me down. To this day I have relatively normal hearing thanks to a trainee who warned me that I’d need ear and eye protection for the next shot, just seconds before they rolled sound. The assistant director (AD) had neglected to inform me that the lead actor was going to open up with a full auto burst from an Ak-47 less than three feet from my head, the muzzle pointed just over the camera. Believe me, blanks are very loud. It wasn’t that the AD wasn’t good at his job, it was just that the day was so crazy, the pace so frantic, the helicopter blowing up the dust, people running, extras with guns everywhere. It was difficult to think. And for us camera grunts, there were hills of gravel to climb with tons of gear, and an extra camera that arrived without a crew, so we were stretched to the breaking point, spread out over half a kilometre. After that day, I knew who I could call for a tough shoot and who I would pass over when going through the union list.

History is rarely a description of the years during which nothing bad happens, but mostly focuses on pivotal events that are never fun, thus the historians curse, “May you live in interesting times.”

I’ve known all along what’s going to happen in the third instalment of the 1000 Souls series because I wrote the fourth book first, but I’ve had trouble facing this moment, putting down on paper what I know must occur. So here is my confession, I haven’t written a damn thing for a month and a half because I can’t face the unfolding disaster. Don’t worry, the book is not a total train wreck, but people will be stressed, and some will shine and others…well, you won’t be calling them the next time you’re expecting a challenging day.

Novel writing and marathon running have a lot in common. Both seem like a good idea about six months before the deadline. Training will help, I think, and of course it does, but no matter how much I run through the winter, the marathon is a gruelling test of endurance. Eventually, I have to push through hammer time.

Something snapped during that last 12.2 kilometres this year. I lived my novel, saw the key moments, shared my characters’s pain and fear and anger. Together we fought through all the wreckage, hopelessness and despair to the good stuff at the end. By the time I stood with that ridiculously big medal around my neck after the finish line, I knew I was ready to complete the story.