The Apocalypse Will Happen in 2013 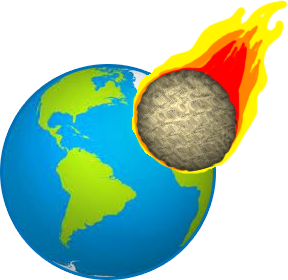 Forget the Mayan Apocalypse because that is so last week, or will be by the New Year. If planet Nibiru was on the way into our inner solar system, it would be the brightest star in the sky right now. As for planet killing solar flares, the sun is heading for the weakest solar maximum in a century.

But the signs are there that 2013 will be awful.

Pundits earlier in the year speculated that car manufacturers might give 2013 a miss altogether, letting the 2012 model year run late and launching the 2014 models early. It looks like that isn’t the case, but the fact that expert salespeople worried about 2013 is what should have you worried. Are car buyers that superstitious?

I took a first year psychology course for fun during my third year, and the professor explained the phenomenon this way:

A Witch-doctor/shaman/high priest–let’s call him Kreep–lives in superstitious society in a small village. Kreep is angry with his neighbor, Phred, because he’s a good hunter but doesn’t share enough meat with the shaman.

Kreep decides to make an example by very publicly putting a curse on Phred, telling him he will be struck dead before the full moon. Phred panics and begs others for help, but they shun Phred, frightened that the curse will transfer to them. Even his wife begs Phred to leave their home for the children’s sake.

Phred, now terrified, goes to live in a cave up the mountain, but he’s so afraid of the curse that he won’t leave it, hoping to hide from the evil fate foretold by Kreep. Phred becomes dangerously dehydrated because he doesn’t even venture down to the river for a drink. He assumes his symptoms are related to the curse, and that some evil demon is trying lure him out with thirst and to drive him to his death at the river. By the time Phred decides he needs water no matter what awaits, he is delirious. He wanders a confused path until the dehydration sends him into a coma. The villagers find him dead only a short walk from the river. There are no wounds. Now everyone gives Kreep generous portions of their hard won meat for fear that this powerful man will curse them too.

That, explained our prof,  is a self-fulling prophesy. If Phred wasn’t superstitious, if he had ignored Kreep, he would’ve been just fine.

Which brings me back to 2013 and the apocalypse. A lot of people are superstitious about the number 13. Just check out how many apartment buildings and office towers don’t have a 13th floor. If people expect the worst of 2013, like Phred, they will make it happen–whether it’s an unexpected and unexplainable sell off on the stock market, or a natural disaster. How many would have blamed 2013 as an unlucky year if Hurricane Sandy had come ashore a year later than it did? Many pundits would say, “See, a bad year. A truly apocalyptic storm.”

The news media, of course, will aid and abet the panic. Any really bad thing that happens in 2013 will be inflated to apocalyptic proportions by earnest anchorpeople eager for ratings. Bad news sells.

So I’m not worried about the Mayan Apocalypse. In fact, that image above is the plan for a cake I’m making on December 21st to celebrate the solstice. I’m more concerned about the self-fulling prophesies of 2013.

My only advice is don’t panic if things start to go wrong next year, and remember that even the pope thinks the calendar is off. We may have already lived through 2013, or it may not happen for a few years, and if we don’t know when it goes by, it won’t be a problem.

So get a good grip on something. I believe 2013 is going to be a bumpy ride, but while at times it will seem like the apocalypse, it won’t be.  Somehow we’ll make it through to 2014, and then we’ll be a full century past World War One. Now that was disaster that truly was apocalyptic.

I assumed at first that you were talking about the state of the economy and that car manufacturers were saving money by skipping one annual cycle of “this year’s model” tinkering and marketing and what have you.

As such, when I discovered it was some mentalism involving numerology, it was disappointing but nonetheless does provide a data point towards the idea that people are not concerned about the serial number of the current year 🙂