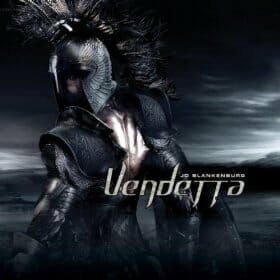 How I Know the Novel is Finished

It’s a weird thing because music and my writing are very closely bound. When I write a story, I need the music playing in my head, and when I’m done the story, I know because the two meld. With short stories, this wasn’t particularly challenging, but with novels and their huge scope, it’s intensely sweeping. With novels, I know I’m done when I’ve got the movie trailer in my head.

I know that sounds lame, but know this: I got to grade nine piano, which I’m very proud of, but the greater achievement my grandfather can claim, for he made it to the Toronto Symphony Orchestra in the 1930s, starting out as a tube player in the British army in pre-world war one India. I come from a very musical family. Heck, my father was from Cape Breton Island, a place where they learned to sing in the womb before many of their young men, including my dad, went on to fight Canada’s toughest wars.

Now combine that with my life in the camera department. I worked movies of the week (MOWs), TV series, and feature films. Shot by shot action is in my head. I can’t see it otherwise. Some might think, “she climbs a ladder.” I see a crane shot, pulling farther away while she climbs to reveal the apocalyptic city sky scape with the fires in the background, following her up with us, of course, panning to reveal the scarred battlements with dead defenders.

So, why do I know that Heretics Fall is done besides the fact that I’ve finished writing the first draft? You guessed it, because I can see the movie trailer. All of the scenes I’ve written now fit into this two minute song, which was, conveniently, written to be a movie trailer.

So, if you’re a rabid fan and you want a preview of the book, listen to this song, and you’ll have a sense of everything that will happen in this novel. I won’t give the details until after the novel is published, but this is what was in my head for a lot of the writing. Later, I’ll give a shot by shot description of what I see.

The song is called “The Praetorian Guard” by Jo Blankenburg.

Here it is on itunes.

If you don’t feel like buying it, just listen to the sample, and think of Margaret, the little girl who lost her mother at the end of Generation Apocalypse; only now, she’s an adult, and she has plans for revenge.