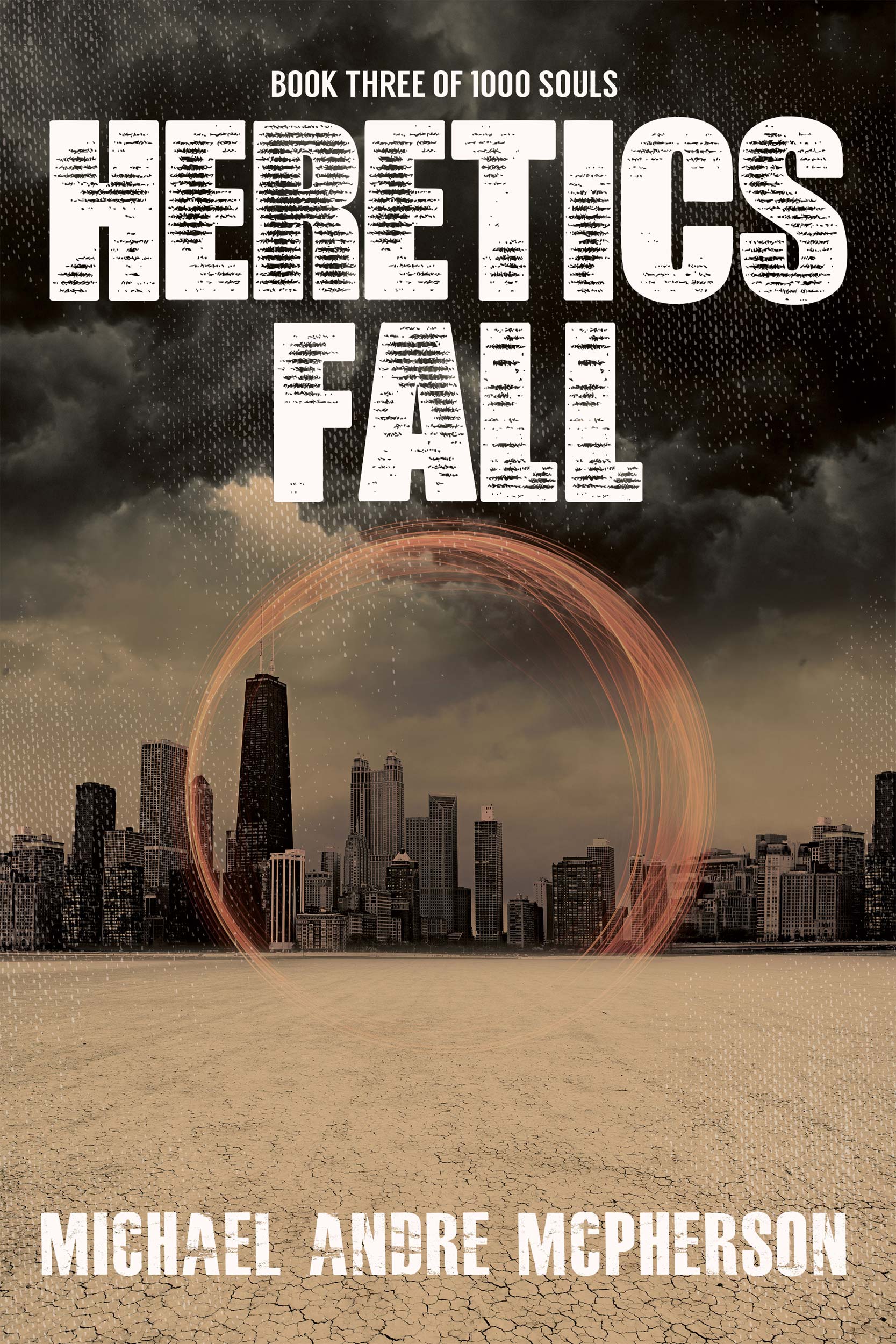 Marketing 101: build excitement about your book launch. Leverage (I hate that word) social media to get the word out that you’re about to reveal another work of genius. (ie: bug your friends and family.) Make it available for pre-orders on Amazon. Whatever you do, don’t just suddenly toss your novel out for sale.

I fail marketing 101 of course. All my spare time goes into writing, editing and endlessly tweaking. The good news is that I’m really happy with Heretics Fall. The bad news is fewer people will read it, especially because it took (gasp!) two years to get this one finished.

But here’s the good news:

I haven’t just been writing Heretics Fall. I spent some time last February prepping and entering Generation Apocalypse in the Amazon Breakthrough Novel Award. I chose GA even though it’s book two of the series on the advice of one of my awesome beta readers. The second round of the contest was judged on the first 5000 words, and I agreed that GA has the best opening.

I didn’t win the contest, but I did get some great reviews from the anonymous ABNA Expert Reviewers. Here are some of the awesome things they had to say:

“The characters are complex and multi-dimensional and I couldn’t help being concerned about what would happen to them in the future.”

“Great characters well drawn, an interesting and believable setting, clear writing, and excellent use of tension.”

We writers have fragile egos. I love praise.

I’ve launched the print editions of Sacrifice the Living (aka Apocalypse Revolution) and Generation Apocalypse. That was a massive undertaking because whole new rounds of editing were required, partly because of errors that readers tripped across–despite three different editors catching 99%–and partly because of poor file management–my bad.

I learned a lot from the CreateSpace experience, so a print edition of Heretics Fall is only weeks away.

Vampire Road is going to disappear for a while. Since it was written first, it requires a few changes to make it match the first three books. Also, books one to three, while featuring different main characters, are all closely linked in time, place and people. The events of each novel builds on the previous.

A century later Alex Fitzallan in Vampire Road walks up that highway to St. John’s, but only through the 1000 Souls will the reader recognize the Dormant Hero from the first three novels. So much time, but the same place, and Chicago is still a mess.

It’s our considered belief here at Pectopah Productions that it makes more sense to market a trilogy. Feel free to send your opinions because as I’ve already mentioned, I failed marketing 101.

The plan was always to write Jacky’s War (chatting-about title) as a sequel to Vampire Road. But it occurs to me that there is one other novel in that timeline, so the whole 1000 Souls series might end up being two trilogies set a century apart but in the same locations with characters hosting the same souls.

Not a Done Deal:

But before I go investing time and money in the second trilogy of the 1000 Souls series, I have to go back to school for marketing 101. I’ve always promised to be honest in this blog about my publishing experience, but it is with some chagrin that I must confess that my novels haven’t sold a single copy in two months. Author friends have suggested that I’ve been relegated to the Amazon algorithm dungeon for the sin of not producing more novels, or for changing my covers too many times, or for changing the title of the Book of Bertrand to Apocalypse Revolution to Sacrifice the Living.

Honestly, I have to get these novels selling again before I begin writing two more in the series.

I’ll never stop writing, but I am considering starting a series in a different genre under a pen name so as not to confuse my fans. I need something fresh to get the money trickling in again. Hey, if J.K. Rowling can write mystery posing as a retired army captain, then I can be anybody.

I’ve learned a lot writing this series, and the publishing world has changed a vast amount since I published Burning Moose way back in 2010. I may not be a best selling author, but I have a few fans, and it’s been a great ride so far. Many thanks to all of you.

Happy Holidays, whether you celebrate Kwanza or Christmas, Hanukkah or Festivus.