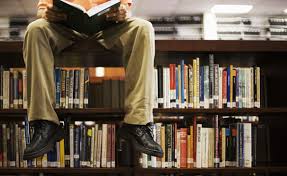 It’s the binge reading that really got my attention. It’s how I read Lord of the Rings when I was a kid. It’s how I’ll read Game of Thrones this year. I’ll just dive right in. It’s my choice.