Finally, A Cover I Love! 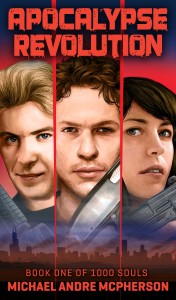 I’ve heard many traditionally published authors complain that the downside of having a contract with one of the big six publishers is that you have very little say in the cover art. I do sympathize, but in the indie world we have the opposite problem. We have all control of the cover art.

This may sound like heaven to some, but I haven’t much of an eye for graphic design and worse, I really don’t know much about covers in general. When I purchased a book last year, I never thought about what drew me to it if I didn’t already know the author. I rarely looked at a cover or thought about why I liked it or even if I liked it.

I’ve had to climb a steep learning curve since, and this is where an agent or a publisher could have helped (assuming they were good at their jobs.) 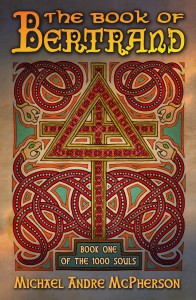 So Apocalypse Revolution went through three covers in the last six months. The first was a very biblical number that was totally my idea. The graphic artist did a great job bringing it to life, but it hardly sold at all. It occurred to me that people might think this was some nut-bar religious conspiracy piece, or worse, some dull treatise about an undiscovered book of the bible.

So I went to the pro, the same one that Joe Konrath uses, but unfortunately he was swamped. I’d have to wait weeks. I changed the title to emphasize the action and the genre, and I slapped together a quickie cover myself with the new title. I had my graphic artist fix my amateur rough draft. That cover actually worked better and sold better, so I felt it was worth the two week wait for the next cover, the one that would be stunning.

But two weeks turned into a month, and two months and nearly three. The problem with a good cover artist in this new e-book world is that they’re busy–very busy. When I finally did get the promised cover, I understood how traditionally published authors must feel. I didn’t particularly like the cover, and yet I felt I had to go with it because this cover artist had a proven track record. His covers sold books. He knew the business and had been deeply immersed in it for years.

Sales did pick up, but I haven’t been able to shake the fact that I don’t particularly like the cover. Is that supposed to be Vlad or some generic ripper? But the real challenge of the rippers is they look just like anyone else. They’re scary because of their choices and their actions, not their appearance. To me, this said nothing about the content of the novel. I think as a publisher you don’t want to surprise people. You don’t want them to get half-way through before they realize that it’s not the novel they believed they were buying when they looked at the cover.

The other big problem is that with a series of five novels, the covers should carry a theme. A reader should know it’s from the 1000 Souls series simply by looking at the cover.

So I went back to my first graphic artist and we sat down for lunch at a restaurant on St. Clair with a patio in the back. We spent a sunny hour talking covers, themes and my novel. He set me to work. He wanted outlines of all five novels. He wanted descriptions of the characters, symbols and settings. It was pages of work over two days, and I highly recommend it for anyone writing a series. Know where you’re going and why.

So cover number four is now up on Amazon, and sales jumped already. I’m going to run a free day this Thursday and compare it to the free day I ran last Thursday to see if there’s a difference. I’ll keep you posted.

Now I love looking at the cover of Apocalypse Revolution, and the cover of book two is coming soon. And we’ll being doing a new cover for Vampire Road (book four) to fit it into the theme. I can hardly wait.

Oh, and if the old gun target cover is still displaying on the right of this blog, don’t worry. It just takes a little while for the new cover to chug through the system.