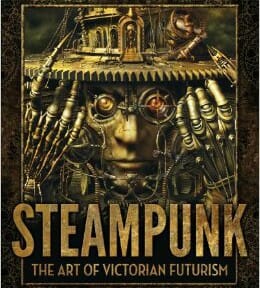 Pixels of Skin Tone: Getting the Cover Art Right

World Fantasy Convention 2012, held in Toronto last year, emphasized cover art, and wow did I learn a lot. There are many unwritten rules to cover art in speculative fiction, such as that if the cover is brown and has gears, it implies a steampunk novel. But what struck me to my core was that large faces on covers are usually equated with children’s novels–not young adult, but elementary school children. Worse, I learned recently that one theory about Amazon’s adult content filter is that they have software that counts pixels of skin tone on the cover, so too much skin and your novel is filtered as probable adult (porn) content in the searches. Of course big faces mean lots of pixels of skin.

So, much as I like my previous cover artist, I went looking for a new cover artist with more experience in the publishing world, one who could help me walk through this minefield of cover art that I didn’t know existed. I admit, this is where an agent or an experienced publisher could have helped.

I contacted several graphic designers, and I learned that while there are a lot of them out there, it’s difficult to find a good artist who isn’t very busy. After several polite, “no thanks, got more work than I can handle,” emails, I was at a loss. Didn’t anyone want to take my money to make a cover? I began to suspect that cover artists were shying away from indie-publishers because some of these authors expect to get great covers for fifty bucks. I was willing to pay quite a bit more because I’m a small business person, and I know you get what you pay for.

To aid my search, I started thinking about covers I liked, and I recalled a novel by one of my favourite authors, Steven Montano, who also writes vampire/military fiction. Soul Razor is the third book in the Blood Skies series, and the first to use a new cover artist, Barry Currey. I immediately liked the cover and made a note that it popped for me, really caught my eye. That was nearly two years ago. Keep in mind that today I simply grabbed the jpgs off of Amazon and cropped them, because I didn’t want to bother Barry or Steven on Thanksgiving day for original files, so these are low resolution images. You can even see a bit of Amazon’s yellow arrow in the top right corner. Yet, they’re still haunting.

I contacted Steven, an amazing guy, and he put me in touch with Barry Currey, but not surprisingly, Barry is a busy guy. Like I said, the good cover artists have more work than they need. But Barry agreed to step up to the challenge, and we exchanged a lot of e-mails over ten months about the flavour of the books, where the series was headed, what the characters were like, and what I considered the main themes. He’s come up with some great covers, but I’m going to reveal those first this weekend to friends and fans at SFContario4. I’m quite excited to see how they’re received.

So if you’re going to SFContario, I’ll see you there. Quick schedule note: I’m on two panels on Sunday morning at (gulp) 9:00 am and 10:00am. One is a debate about Indie versus traditional publishing, and the other will be a hilarious discussion about The Cornetto Triology of movies. So if you’re an early riser, bring your own coffee, and we’ll have some fun.

I can’t wait to reveal Barry’s covers for my four novels. Yes, I said four, because he’s already completed the cover for book three of the 1000 Souls.

But until next week, here are a few more of the covers he did for Steven. I think they’re just great, and the novels they front are a great read too. They go well together.