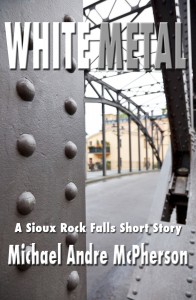 I had to decide whether it would bug Americans that my Sioux Rock Falls short stories are shamelessly Canadian.

Storyteller Magazine (now defunct) specifically wanted stories that could “only happen in Canada,” and like any good writer, I sent them what they wanted to publish.

But as I put these stories up for sale as e-books on Amazon, I have to wonder if American readers will think I can’t spell.  I look at those extra u’s and I wonder if I should just let Microsoft do what it wants and eliminate them.

The truth, of course, is these stories drip Canadian, and the Canadian spellings actually add to the flavour.  Yup, there’s another extra “u.”  I don’t think Americans will hold it against me.  They like Giles Blunt’s Algonguin Bay novels and they like Harry Potter, which sure as heck wasn’t set in New Jersey either.

So as I formatted the stories for Kindle I decided to leave them as they first appeared in Storyteller Magazine: shamelessly Canadian.